Towards a Global Health Charter: health and well-being, environment, and social justice as the key themes

To indicate the common commitments of institutions and citizens in the pursuit of the goal of global health defined by WHO as "[...] a fundamental human right, in which health and disease are considered the result of processes that are not only biological but also economic, social, political, cultural, and environmental, transcending and exceeding the perspectives, interests and possibilities of individual nations [...]". This is the intent of the Global Health Charter, promoted by Cittadinanzattiva, which is being launched in these weeks and will be presented by the end of 2022.

The work began with a survey carried out by Cittadinanzattiva at the national and European level, thanks to its European branch Active Citizenship Network, which involved citizens and associations from 24 different countries to analyze their level of awareness and perception on the theme of global health and to succeed in delineating a perimeter of macro areas in order to develop the Charter in the most effective way possible. Access to health for all citizens (76.7%), fight against social inequalities (61.4%), psychophysical well-being (51.4%), equitable distribution of wealth (36.5%) and the search for sustainability (22%) are the five issues that European citizens indicate as priorities for a strategy to guarantee global health. More than half of them claim that the pandemic has decisively changed their personal priorities and the way they act. They also believe that the individual has a decisive weight on the protection of the environment, while the institutions attribute a great responsibility in ensuring the prevention of psychophysical health of citizens.

"The pandemic has turned the spotlight on issues that we have been talking about for decades, starting with the link between health and the environment, the close connection between the socio-economic and educational levels of individuals and the psychophysical health status of citizens, the growing weight of inequalities in the achievement of health goals guaranteed everywhere. Now we must ensure that the containment of the pandemic and the serious war scenarios in which we are immersed, do not turn off the spotlight on these issues. The Global Health Charter wants to be a useful tool in this direction, to sanction and protect concrete and enforceable rights and commitments, both by citizens and institutions in every context and territory. The humanitarian implications caused by conflicts dramatically impose it on us, because war cancels every right", declares Francesca Moccia, vice-secretary general of Cittadinanzattiva.

The Global Health Charter was born from the experience of the European Charter of Patients' Rights, promoted by Cittadinanzattiva about 20 years ago, and in the perspective of the 2030 Agenda and the Universal Declaration of Human Rights. 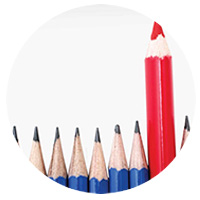